All styles of whiskey. This is for all-grain mashes.

Hello all!
I absolutely love strong drinks from rye. They are good white and they get even better on oak. I have been fiddling around whit 100% unmalted rye mashes with enzymes and they have turned out great. But I wanted to skip the commercial enzymes and have a all in house made drink. So I decided to malt my own rye and make whiskey from it. I will document my experiments and experiences in this post. Part I will concentrate on the malting process, part II on mashing and fermenting and part III on distilling and making cuts.

First of all I bought a bag (50 kg) of unmalted organic rye. 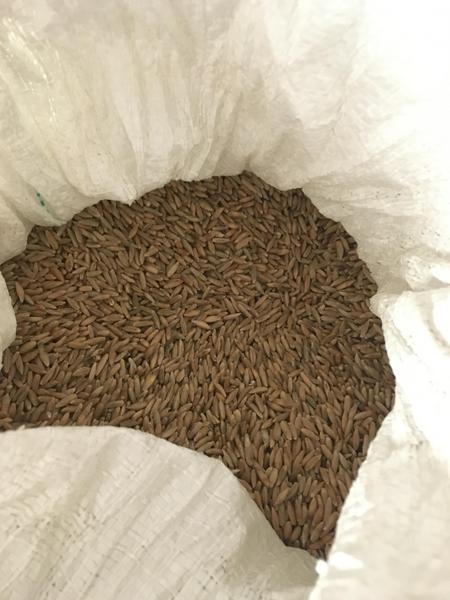 After rinsing the grains with cold water (2-3x times) and picking out the dark ergot infected grains I let them sit under water for approximately 12 hours. 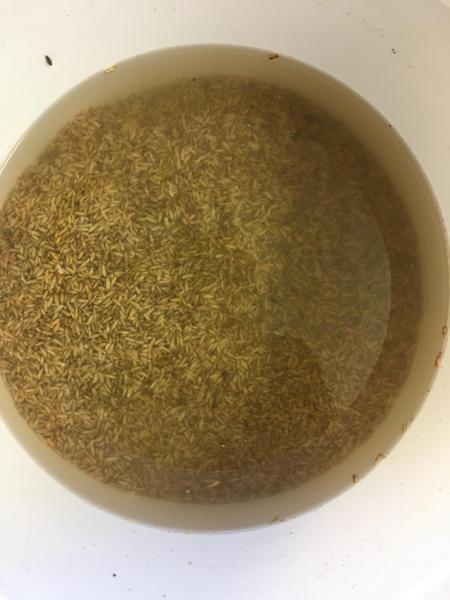 I know that there has been a lot of discussion about ergot of rye and I have made my research and I'm fairly confident that the alkaloids in them wont transfer over during distillation.
European Food Safety Authority - Scientific Opinion on Ergot alkaloids in food and feed

After the soaking I transferred the grains into a big bucket and tried to pile the grains as a pyramid. I gently mixed the grains a couple of times a day and after 2 days I started to see sprouts. 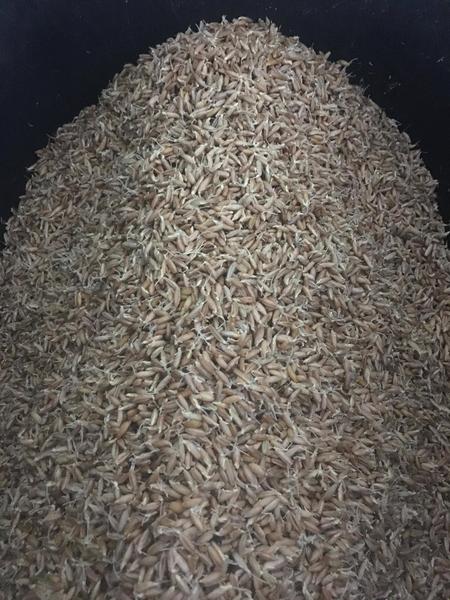 After 4 days the grains where still a bit under-modified but I was on a tight time schedule and I decided that the time has come to dry them. 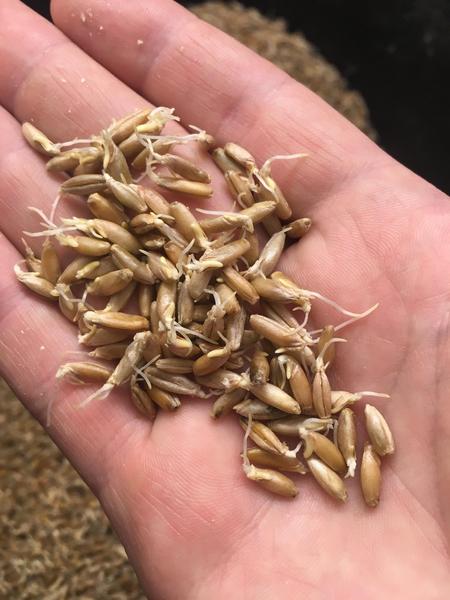 I cut open a big trash bag and laid the malted grains on my porch to dry in the sun. Every now and then when I passed by I turned the grains and in 2 days the malt was ready. 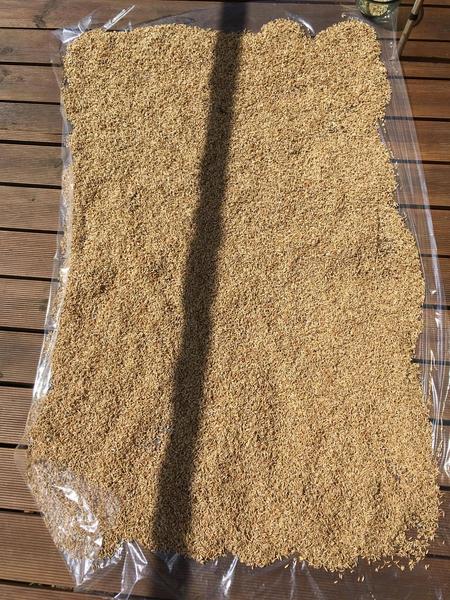 In a couple of days I will start mashing and fermenting and add the second part of the post.
Top

Just poured two fingers and am following along.
Top

Finally got around to write the second part.

After malting and drying I milled the rye (malted ~10 kg and unmalted ~30 kg). I used my trusty roller mill and a drill. I had to mill it twice because after the first run the grains where crushed and looked more like flakes. 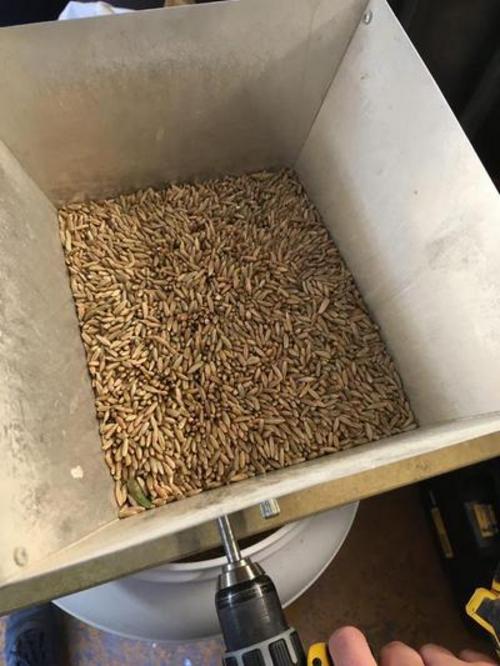 I have a big fermenting vessel (~200 L) where I mashed the grains. At first I added around 15 kg of milled grains into the vessel and pre-soaked it with 60C water. The overall temperature of the mash was between 40-50C. 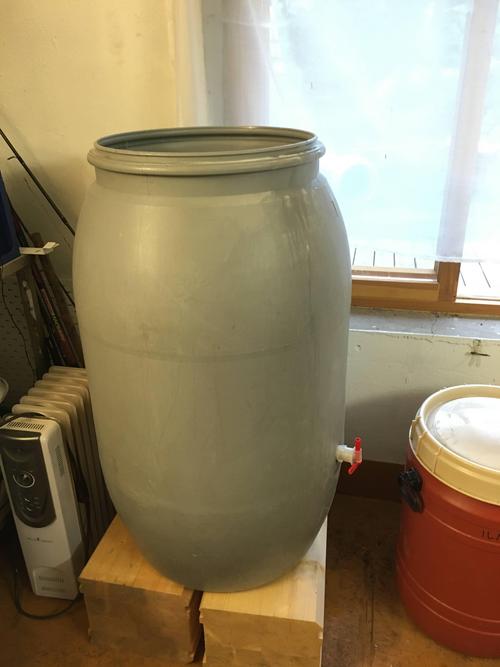 After an hour or two I added the remaining grains and near boiling water to do the mash tun. Stirred everything and measured the temperature wich was around 65C. 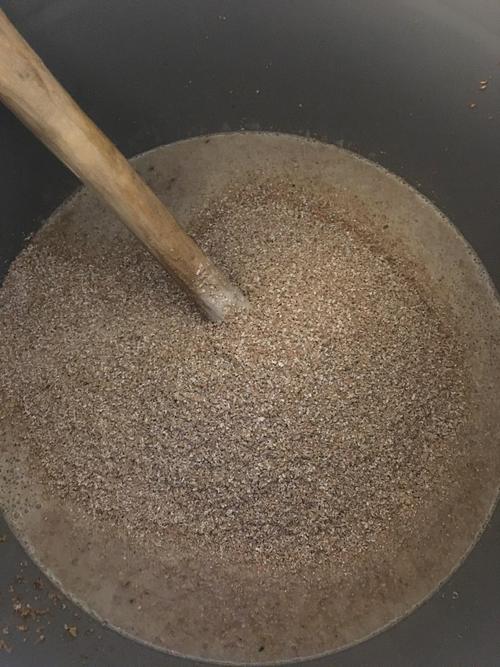 I let the enzymes do it's thing and left it to cool overnight. The next morning I tasted the mash and it was sweet and the temperature was right to pitch the yeast. 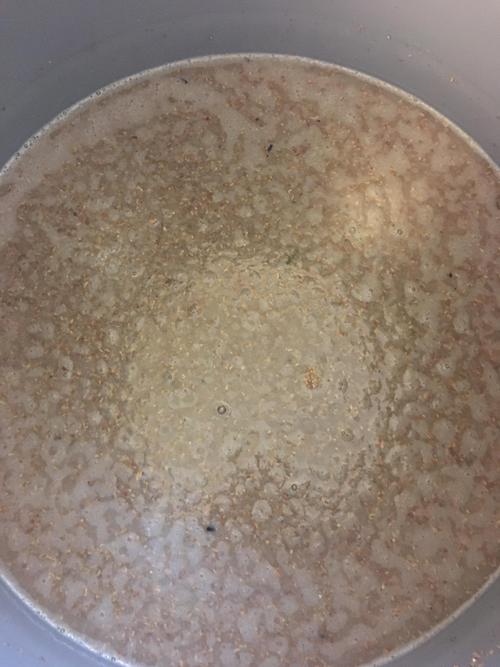 I didn't bother measuring the gravity reading because I am fermenting it on the grain and it wont give me any useful information about the sugar contents. I pitched around 500 ml of weihenstephaner yeast and the fermentation temperature was around 19 - 22C.

Everything was actively bubbling by the end of the day and the CO2 was pushing some grains to the top of the fermenter. 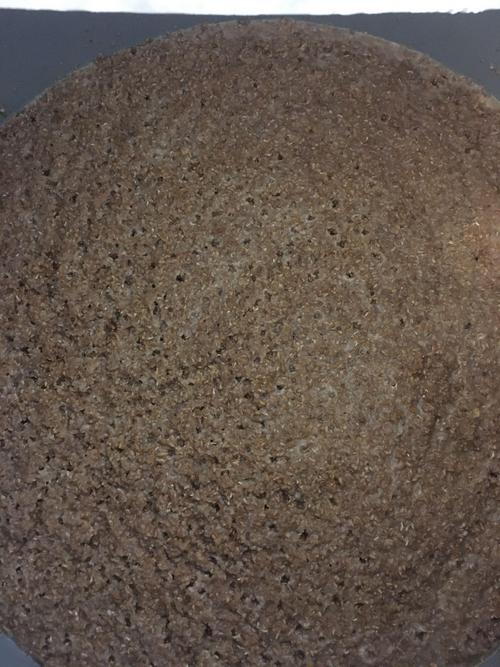 I installed a faucet in the middle of my big fermenter and I use it for getting the beer out of the fermenting vessel. Basically some grains are sunken onto the bottom and some grains are floating on the top and the middle part is the beer that im interested in. All together I got around 120 liters of clean rye beer that is waiting to be stripped.
Top

Interesting, using the Weihenstephan wheat yeast will give you a big spicy yet estery beer, especially with the high rye grainbill. I have brewed a rye beer using that yeast and it made a very European style beer (see Roggen bier). It is a flavor profile that some like and some do not, but it certainly is a very unique beer. The beer is tart and refreshing, yet spicy and full flavored. But it does tend to foam a lot when poured due to the proteins in the rye and wheat grains in the recipe. Keep this in mind when you elect to distill it, it’ll want to foam up for you.
ss
Attention new distillers: Cranky's spoon feed info
My LM/VM & Potstill: My build thread
My 5-grain Bourbon recipe: Special K
Top

I stripped the beer last weekend and unfortunately I managed to scorch the last 40L batch. It was really full of rye flour and the distillate tasted bad. So all together I ended up with 15L of 35% low wines from approximately 70L ferment. Im currently running it through my flute and the taste is already promising

Most of the horror stories I read of running rye is foaming; did you have any problems there and did you do anything to control foaming. I did a 100%
malted rye (store-bought rye malt) several years ago and it turned our OK but I did not get much of the rye "spice" I was looking for. Have wanted to a 95% raw mash but are leery of the problems I read about.

That's the biggest problem I have with Rye- scorching the element! I ran a big batch of 75% malted rye, 25% malted red wheat in January and stripped in three batches- each a keg full. Scorched first two batches sadly. Third batch I went way slow with the heating up and that seemed to make the difference. So only ended up with a gallon on oak. Thought that might be the end of my Rye experimenting and I would stick to Single malts and bourbon. Well... I tasted the Rye last week after 6 months... I will be doing more I guess! Really great rye spicey flavor and complexities. Up until that batch I had made 50/50 Rye/wheat without trouble- more subtle taste though. Rye is sure more trouble than other grains but worth it! I'm going to give your home malting a try next.
Top

erykroom wrote:.... I pitched around 500 ml of weihenstephaner yeast and the fermentation temperature was around 19 - 22C.


still_stirrin wrote:Interesting, using the Weihenstephan wheat yeast will give you a big spicy yet estery beer, especially with the high rye grainbill. ...

Was wheat yeast or lager yeast used? I ask because when I hear ‘Weihenstephan’ I think lager yeast.
Top

StuNY wrote: ↑
Sun Aug 02, 2020 6:06 am
That's the biggest problem I have with Rye- scorching the element! I ran a big batch of 75% malted rye, 25% malted red wheat in January and stripped in three batches- each a keg full. Scorched first two batches sadly. Third batch I went way slow with the heating up and that seemed to make the difference. So only ended up with a gallon on oak. Thought that might be the end of my Rye experimenting and I would stick to Single malts and bourbon. Well... I tasted the Rye last week after 6 months... I will be doing more I guess! Really great rye spicey flavor and complexities. Up until that batch I had made 50/50 Rye/wheat without trouble- more subtle taste though. Rye is sure more trouble than other grains but worth it! I'm going to give your home malting a try next.

Im using hotplate and have had the same problem with rye. Even after straining it out it still scorches. Heating up slower, running on half power helped, but then the runs take all day. I decided next batch I'll try a beta glucan rest like many of the old pros recommended.
Top

Even with a very aggressive beta-glucan rest, and adding enzymes like beta glucanase, my experience is that high Rye recipes are so sticky that they are impossible to fully strain and get any reasonable efficiency out of, or distill without scorching. My solution has been to distill on the grain, using a double boiler setup. You will be amazed at the increased efficiency of the still, and you will never have a problem with scorching again. Invest the time at the setting up a double boiler! It is actually pretty easy.
Top

Just use a bigger pot full of water with some kind of false bottom? Does it end up taking a lot longer?
Top

That’s what I was thinking too. Setting the boiler on an elevated grid (false bottom) in a larger pot filled with water. Any reason why this wouldn’t work? Asking for a friend.

The struggle is real and this rabbit hole just got interesting.
Top

Essentially yes. I put my 8 gallon pot still directly into a 16 gallon stainless steel boiler, on the bottom acting as a false bottom I have a bunch of marbles, although you could use a true false bottom as well. It's amazing, and does not take very long to heat up. The issue is with creating steam. For a full jacketed Steam rig, i wrap the boiler with tin foil all the way up to the condenser, so steam travels up the column. Boiling water only at the base without directing the steam up the column will not create enough energy to get your distillate up the entire column, best case you will get a lot of heads and some hearts. Certainly not through the tails.

Do some research on this website for distilling on grain, there are lots of good threads that helped me figure this out. I'll never strip a run without doing it on the grain again. Too many failed and burned batches. That being said I do just whiskey.

My next experiment will be to use some propylene glycol in the boiler water to help Elevate the boiling point a few degrees so that I do not have to run the flame so hot and create so much Steam.
Top

Recently malted some rye myself. I did 6 hour soak in water that I had put 1 tablespoon of pickling lime in it. Then drained for 8 hours then soaked again for 4 hours. Then i spread it out on a trampoline to dry. Unfortunately for me we had light rains so much of mine ended up overly modified. Hopefully it will still work still drying so we will see. Have malted dent corn and found it easier to work with then plain adjunct corn so hopefully the rye does the same. Did the lime addition because I read about research of adding it to help germination.
Top
Post Reply
15 posts • Page 1 of 1