Little or nothing to do with distillation.


VLAGAVULVIN wrote: ↑
Wed May 13, 2020 4:51 am
The Atomic Age looks like the legacy of the Soviet era... I realize that the trends in poster design 50-70 were global, but nonetheless ... it looks great and strongly refers to those times.

Yep, it's a Soviet poster.

Speaking of "those times" there was a guy in our neighborhood who had one of these put in his back yard.
We got in once then he padlocked it.

Don't know if you've seen this before.
I don't know if you had had similar experiences, in grade school we had drills where we had to get under our desks & cover in case of a nuclear attack.
Now we seem intent on destroying from within.

Speaking of "those times" there was a guy in our neighborhood who had one of these put in his back yard.
We got in once then he padlocked it.

There was the "peaceful nucleus" idiom in the Soviets... with meanuing like power plant, atom's inner investigation etc. So, that branding symbol with "orbitals" had nuthin to do with the nuke weapons themselves

We had no private bomb shelters on the backyards (as the most had no backyards, too). But we had some speshol survival lessons at school, too. And the civil defense forces were in charge of the large civil "atomic" shelters, gas masks and so forth. What a bullsh!t was it all, man... It turns out we had to be afraid of other things:

Sorry for the off-topic as above

And now let's have some music:

taste in music changes with the time of day and the direction of the wind.

Those who would give up essential Liberty, to purchase a little temporary Safety, deserve neither Liberty nor Safety. Benjamin Franklin
Top

You have two ears and one mouth for a reason....
Top

I love the steel drivers.

If anybody out there is into bluegrass, jam, Americana,jazz funk etc, I just go an email about an online music festival for charity happening this weekend with a pretty good line up. Its Friday, Saturday, Sunday for 5-6 hours each day. I'm not sure if there is a charge, couldn't find the info, but guessing its just up for people to donate to the charity if they want. Music is better in person, but still live on TV is better than watching sports reruns and such. Link Below.

Tonite got emailed this one and it is a good one. 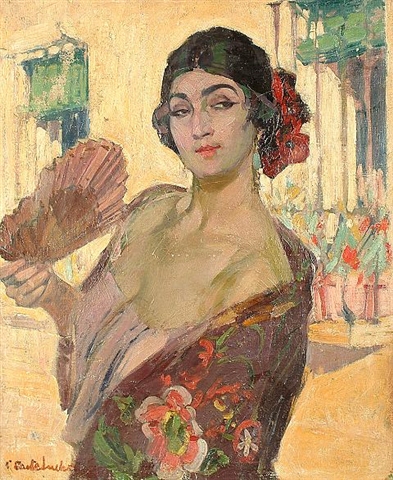 Flamenco music has been around for about 300 years and has a rich tradition with many styles.

This guy (following) was touring the world in the 1930's. He was preforming in the US when WWII broke out in Europe (1939) and stayed here, eventually becoming a citizen. In the 50's and 60's he was preforming in concert halls and universities or recording with various record labels. I remember listening to one or two of his albums in the mid 1960s.

Showing two videos of Carlos Montoya below because one of them concentrates on his right hand while the other primarily concentrated on movements of the left hand. “Malaguena” is the more recognizable of the two songs; several other good guitarist on YouTube offer their renditions.

Double nostalgia for me.

You gotta be more specific.

Tdick wanted me to be more specific.

(okay Wynton Marsalis is a trumpeter but he is great....)

There is a famous Chinese curse that goes: “May you live in interesting times”.

She was born during the early part of WWI and not that far from the Western Front. Her mother abandoned her at birth, her dad dumped her in her grandmother's lap and ran off to join the army. Her paternal grandmother just happened to be the madam of a bordello, so she was reared by a group of prostitutes. While a teenager, she sang for tips as a street performer.

She herself gave birth at 17 and lost possession of the infant to its paternal grandfather. She might not have been above doing a trick or two on the side. Singing in the night clubs of Paris by the age of 20, her talent soon drew professional attention. Her career was assisted by advertising and promotion and by association with bigger celebrities like Maurice Chevalier. La Môme Piaf (The Little Sparrow – a fabricated name) cut two records that same year (1935). She was only 4ft 8in (142cm) tall and per instruction always wore a black dress on stage.

By WWII with the invasion and occupation of a humiliated France, Edith Piaf was already a household name. A pop star in today's terms. The German occupation of Paris did not stop her career, but boosted it. She not only sang in the most popular nightclubs but also in the most luxurious bordellos of Paris, which were reserved for German officers and collaborating Frenchmen. She became sort of an institution or national icon to the mainstream French people, by way of records or radio. At invitation, she and some other French artist also preformed in Berlin during this period.

(Near the end of the movie “Saving Private Ryan”, as the GI s are setting up roadblocks and booby-traps to counter a German advance – Edith's music was being played over the loudspeaker).

In 1944 after the German withdraw, Edith luckily dodged serious repercussions at trial after being charged with traitorous collaboration. She became an international entertainer after the war, even appearing on the Ed Sullivan show 8 times during the 1950's. When she died (old at the age of 47) the cardinal refused to give her a requiem mass because of her lifestyle, but over 100,000 attended her burial. Old Frenchmen can still get teary-eyed if they travel to far away places and encounter Paif's music on the stereo. Here endith the history lesson on Edith.

This following is not a music video but is apparently cut from pieces of the academy award winning movie La vida en rosa. “La vida en rosa” is really the name of another famous Edith Piaf song, not the “Non Je Ne Regrette Rien” (No, I Regret Nothing) which is being lip synced here. The subtitles seem to be in Spanish.

Thanks, contrahead, for the music and story.

John Barleycorn must die.
"and little Sir John in the nut brown bowl proved the strongest man at last.
The huntsman he can't hunt the fox, nor so loudly to blow his horn
and the tinker he can't mend kettle nor pots without a little barleycorn."
Top

John Barleycorn must die.
"and little Sir John in the nut brown bowl proved the strongest man at last.
The huntsman he can't hunt the fox, nor so loudly to blow his horn
and the tinker he can't mend kettle nor pots without a little barleycorn."
Top

Bluegrass allday long
its better to think like a fool but keep your mouth shut,then to open ur mouth and have it confirmed
Top

Couple of good ones there Redwood. First time I heard of James McMurtry. I'm likin that and Jonathan Edwards is a regular on the CT wine trail.
Top

These last posts are a little bit political. Sorry, (not really).

Here is another McMurty for the east coast.

Fun Fact: James McMurtry is the son of Larry McMurtry the author. LonesomeDove, TexasVille, HUD, etc.
John Barleycorn must die.
"and little Sir John in the nut brown bowl proved the strongest man at last.
The huntsman he can't hunt the fox, nor so loudly to blow his horn
and the tinker he can't mend kettle nor pots without a little barleycorn."
Top

Oh, don't get me started on James, Redwood...
What a great songwriter.

Shouting and shooting, I can't let them catch me...
Top

MCH,
Thanks for those. I've not seen him in a small venue, but I bet it would be great. I've seen George Thorogood, Cheap Trick, The Runaways, Willey Nelson, and the Dead Boys in a small bar venue in Madison WI, when I was in college. I guess that dates me. There is a lot to be said for an intimate venue to get the true feeling of the artist.

Is J. McMuty still on the road?
John Barleycorn must die.
"and little Sir John in the nut brown bowl proved the strongest man at last.
The huntsman he can't hunt the fox, nor so loudly to blow his horn
and the tinker he can't mend kettle nor pots without a little barleycorn."
Top

Wow, that must have been a kick ass bar!
Yeah, I've seen James McMurtry a couple times, both times at smallish venues, great entertainer live.
Funny you mention his dad, Larry, that's how I came to know James. I had just finished reading Lonsome Dove and right about that time I read an article about James. Ran out and bought Too Long In The Wasteland, been following him ever since.
Shouting and shooting, I can't let them catch me...
Top

Do not promote the historical value of such, history repeats it self time and time again.
Top