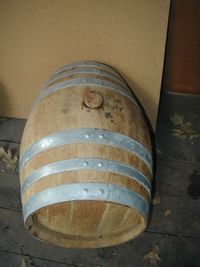 A wooden container used to store spirits, normally made of oak though other woods are also used. Technically, a barrel is a type of cask that holds 53 gallons/200l liters. The terms are used interchangeably. Barrels are made by coopers at cooperages 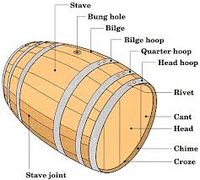