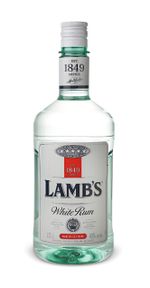 Rum is defined by the USA's Code of Federal Regulations Title 27, volume 1 as follows:

Rum is an alcoholic distillate from the fermented juice of sugar cane, sugar cane syrup, sugar cane molasses, or other sugar cane by-products, produced at less than 190 deg. proof in such manner that the distillate possesses the taste, aroma and characteristics generally attributed to rum, and bottled at not less than 80 deg. proof; and also includes mixtures solely of such distillates.

There are few rules regarding Rum production, ingredients (other than being a sugar base), flavorings or additives. This leads to a large number of styles being available.

White Rum is a clear Rum with no added colors or flavorings. It can be sold unaged or it can be aged in neutral vessels (not wooden barrels) in order to develop flavors from Esters. It can be barrel aged. If so the coloring is filtered out.

Dark Rum is aged in barrels and can be flavored with molasses, burnt sugar or caramel.

Flavored Rum is any rum with added flavoring, normally coconut or fruits.

Spiced Rum is a specific style of Flavored Rum. While no legal definition exists it is traditionally macerated with allspice, cloves, cardamom, star anise, cinnamon, nutmeg, orange, and or vanilla.

Navy Rum is a blend of regional Caribbean rums. It is normally has a strong flavor and is bottled at 100 proof or higher. Traditionally a Demerara Rum is used as the base.

Bajan Rum a style from Barbados. Lightly colored and no additives are allowed except for caramel coloring. Considered to be truest to the distillate.

Jamaican Rum is a style from its namesake island. Heavy flavors come from Esters developed by the Jamaican process. These processes include Dunder, Muck Pits, and Cane Pits.

Cuban Style Rum is common in Cuba as well as the Dominican Republic. Also know as Spanish Style. A lighter style intended to be a mixer.

Demerara Rum is more heavily flavored, typically dark, sweet, and intense. Commonly used as a base for Navy Rum blends.

Rhum Agricole is common in the French speaking Caribbean islands. This is a cane juice rum with a very distinctive vegetal taste.

Trinidadian Rum from the island of Trinidad & Tobago and surrounding region. Typically light, sweet, floral with a buttery/creamy finish.

Cachaça is a Brazilian style done similarly to Rhum Agricole.

Clairin is a Haitian style that is a mixure of Rhum Agricole and Jamaican.