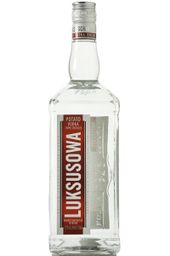 Vodka is defined as neutral spirits so distilled, or so treated after distillation with charcoal or other materials, as to be without distinctive character, aroma, taste, or color. Neutral spirits are distilled spirits produced from any material at or above 190° proof. In the United States, neutral spirits are generally distilled from a mash of grain and are termed neutral grain spirits. Vodka is not aged, and is bottled at proofs ranging from 80 to 100°.

Unless distilled from a potato mash, Vodka is basically just a diluted neutral spirit. Often what passes for commercial vodka is simply ethanol which has been rectified to a high level of purity before being diluted with water.

The objective with vodka processing is to remove as many of the congeners as possible so as to render the finished product free from any taste, aroma, and flavor. Neutral spirits, by definition, have little character since they are distilled at very high proof, and contain only minute traces of fusel oils, aldehydes, esters, acids, and solids. Vodka processing is intended to remove these remaining compounds.

Charcoal has been found to be an effective purifying agent and is used in two ways. With one, the newly distilled spirit is filtered through charcoal. A minimum of one and one-half pounds of charcoal per gallon of spirits is required and contact time must be at least eight hours. The other method calls for mixing the charcoal and spirits and agitating them for eight hours or more. A minimum of six pounds of charcoal per one hundred gallons of spirits must be used. Since the distilling industry is capable of devising other, equally effective, methods, the government also permits vodka to be made with any other method which results in a product without distinctive character, taste, or aroma.

Vodka and gin are similar in that both are produced from neutral spirits. The difference between the two is that gin is processed to add specific flavors and aromas while vodka is processed to remove any elements which might provide flavor and aroma.

Vodka in the United States

Although vodka is produced in the United States entirely from grains, it is possible to make it from any fermentable material since the objective is to produce a neutral product. The common belief is that vodka was traditionally made from potatoes. Some probably was but Russia and Poland, from where it originated, are mostly grain countries and it is likely that most Russian and Polish vodkas (at least the better ones) were, and continue to be, grain based.

Vodka was pretty much unknown in the United States until Pierre Smirnoff (who fled Russia following the Revolution) sold the rights to his family's vodka formula to a Russian Ã©migrÃ© living in America. Nothing really happened with the spirit however until 1946 when a bartender at the Cock 'n Bull on Sunset in Los Angeles mixed vodka with ginger beer to create the first Moscow Mule, the drink that paved the way for the Bloody Mary, the Screwdriver, the Vodka Collins, the Vodka Martini and a host of other vodka-based drinks.

Vodka has had an amazing success in the United States since World War II. It was not until the early 1950's that vodka sales were even separately reported in the trade statistics and, by 1975, they were the single largest sales category. By the mid 1980's, vodka accounted for nearly 23% of all distilled spirits sales in the United States, nearly as much as the combined total of bourbon and Canadian whiskies, the two next highest categories.

The reasons for this are vodka's neutrality, hence its mixability, and the consumption trend towards lighter beverages. Americans, by a wide margin, top the world in consumption of fruit juices and soft drinks, and vodka mixes exceptionally well with these beverages, without obscuring their basic character as other spirits do.

Eastern Europeans, especially the Poles and Russians, have always been fond of flavored vodkas. A Polish specialty is Zubrowka, a vodka flavored with a grass found only in the forests of eastern Poland. Since these grasslands are inhabited by a particular species of bison or buffalo, the vodka is referred to as "buffalo grass vodka." The Soviet Union produces a "pepper" vodka called Pertsovka which is flavored with an infusion of cayenne and other ingredients. It has a spicy aroma and a fiery hot, lingering taste.

History of Vodka in Russia

See History of Vodka in Russia.